LIVE-STREAM↳HOUSE FOR THE END OF THE WORLD ↵LIVE-STREAM ↪ Project of Elana Katz ! 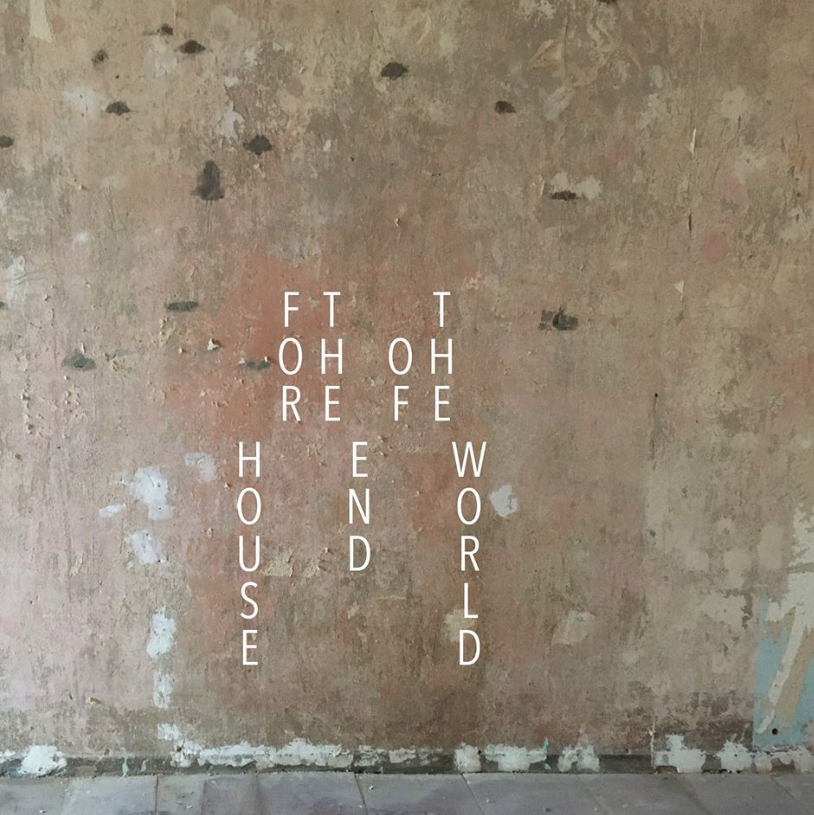 House for the End of the World> is a project space by Elana Katz that serves as an experimental platform for artists, performers, and critical thinkers of many a kind. Its location is a place in a transitory state; an empty, un-renovated, and otherwise unused 2-room flat in Berlin Xberg. Its use as a project space is temporary, and its future thereafter remains to be seen. HEW’s activities are reactionary creative and critical experimentation, including site-specific installations, actions, and discourse — both in the context of public events and the intimacy of studio work.

In the context of the current COVID-19 pandemic, HEW functions as a dystopian sanctuary created by artists in apocalyptic times. In inviting people to enter and respond to the “house”, to fill it and imprint it in a reactionary manner, HEW and its program create an open platform for provoking thoughts, fears, integrations, and expulsions.

Dario Srbic, born in the former Yugoslavia, lives in Berlin and London. Dario holds an MA in Photography from Central Saint Martins and is currently studying for a practice-led PhD at Royal College of Art supervised by Professor Johnny Golding. His work is situated across the fields of artificial intelligence, philosophy, performance, and digital sculpture. His practice examines the embodiment of desire and ethics into artificial intelligence and expresses it in algorithmically generated sculptures and performances. Dario’s work has been exhibited in Science Museum - London 2019, Angewandte Innovation Lab - Vienna 2019, Austrian Cultural Forum - Berlin 2019, The Victoria & Albert Museum's Digital Futures - London 2018, Assembly Point and Asylum - London 2018, MAK Museum - Vienna 2017, and Seen Fifteen Gallery - London 2016 amongst others. Dario’s work has been published in numerous publications, his MA thesis published in Journal of Philosophy of Photography, and his video work is held in Ursula Blickle Videoarchive. https://www.rca.ac.uk/students/dario-srbic/

Natalia Korotyaeva & Alessandro Rauschmann first met in 2006. They perform as a duo since 2008. After a long break they developed a new format. It is a performance in which both artists appear as protagonists equally. Roles are given and taken. Boundaries between dependence and autonomy fade away or are overcome. An abstract content flows into a symbolic context. Iconic images appear and get dissolved. Elements from each chapter flow into the next one. Apart that the artists work in the fields of drawing, ceramic sculpture and installation (Korotyaeva) and bronze sculpture, found objects/assemblage, photography and solo performance (Rauschmann). The artist couple has exhibited/ performed together in several venues in the past 2 years such as: Exgirlfriend Gallery, Berlin 2019, FFTN, Sankt Petersburg 2019, Eigen Art Lab, Berlin 2019, Bar Babette, Berlin 2019, +DEDE, Berlin 2019/2018, DaDa Post, Berlin 2018.The artists both earned Meisterschüler titles from the Berlin University of the arts in 2012. Korotyaeva under prof. Burkhard Held and Rauschmann under prof. Rebecca Horn and prof. Gregor Schneider. https://www.korotyaeva.com \ https://www.alessandro-rauschmann.com

Exildiscount is a composer, sound engineer, producer and DJ from Berlin. Whether it is in working alongside video artists or in compiling a techno set, Drew’s work always operates along the same tenets: exploring, challenging and recontextualising the different narratives, disciplines, identities, perspectives and discourses that inform both a work itself as much as our understanding of it. In this, he draws on his formal training as much his biography. Born to Christian cultist parents, he spent his childhood playing music in pedestrian malls of Germany with his family band. Escaping the ideological confines of religion and prescriptive masculinity as a gender non-conforming teenager, Drew first pursued training as an events technician, then studied at Humboldt University of Berlin, majoring in Musicology and Media (Studiengang „Musik und Medien“), and minoring in Cultural Studies. He started out DJing in 2003 and now regularly plays at parties across the queer scene of Berlin, such as House of Red Doors, Gegen and as a longtime resident at SchwuZ. His work is driven by a belief in idealism rather than ideologies. https://www.soundcloud.com/exildiscount

Elana Katz is a conceptual artist working primarily in the medium of performance art. Katz’s work confronts cultural conventions, critically examines the complexity that lies within contradictions, and thus aims to create an experience of unlearning the assumed. Katz has exhibited/ performed at the Royal Museum of Fine Arts of Belgium (2011), Diehl CUBE, Berlin (2013), P.P.O.W. Gallery, New York (2013), DNA Berlin (2015), ROCKELMANN&, Berlin (2016,17,18,19), DFBRL8R Performance Art Gallery, Chicago (2019), the Museum of Sundsvall, Sweden (2019-20), and is represented by KWADRAT Berlin (2017-present). She studied in New York at the Parsons School of Design and earned a Meisterschülerin title from the Berlin University of the Arts, from Professor Katharina Sieverding. Katz has been based in Berlin since 2008. http://www.elanakatz.eu

Leonardo Borri (remote participation from quarantine in Italy).
Me on the search for a deeper connection
Realizing that there’s a limit which I called my limited perception.
Between me and what can be called real
A thin layer, a shadow, a living past that feels like an ordeal.
Will I ever get rid of this noise in background?
Will I ever transcend all this dirt that I found?
For a Nova can only born from the dust of the past
Will I ever make something called: “worthy to last”?