LAST CHANCE TO SEE "House for the End of the World" HEW: NULL PUNKT NULL NULL 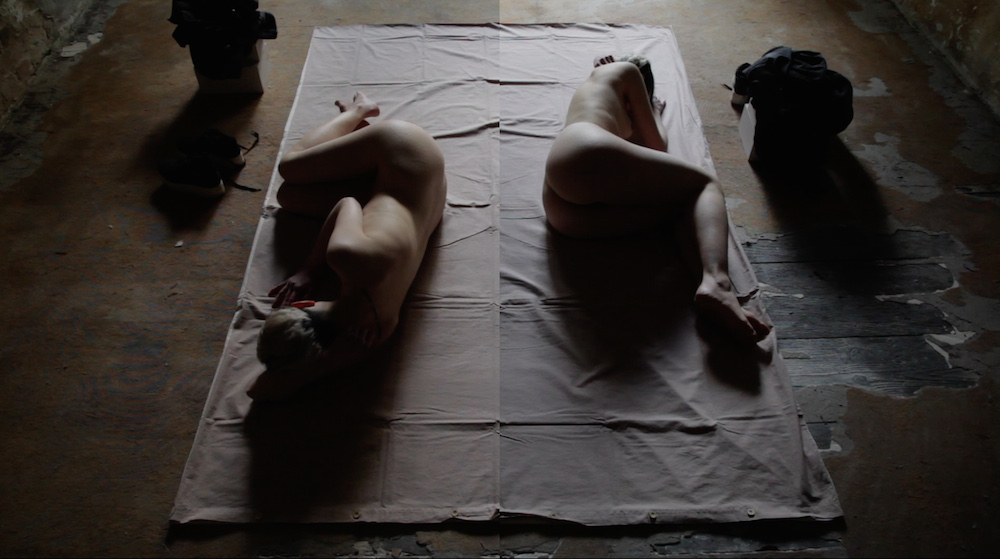 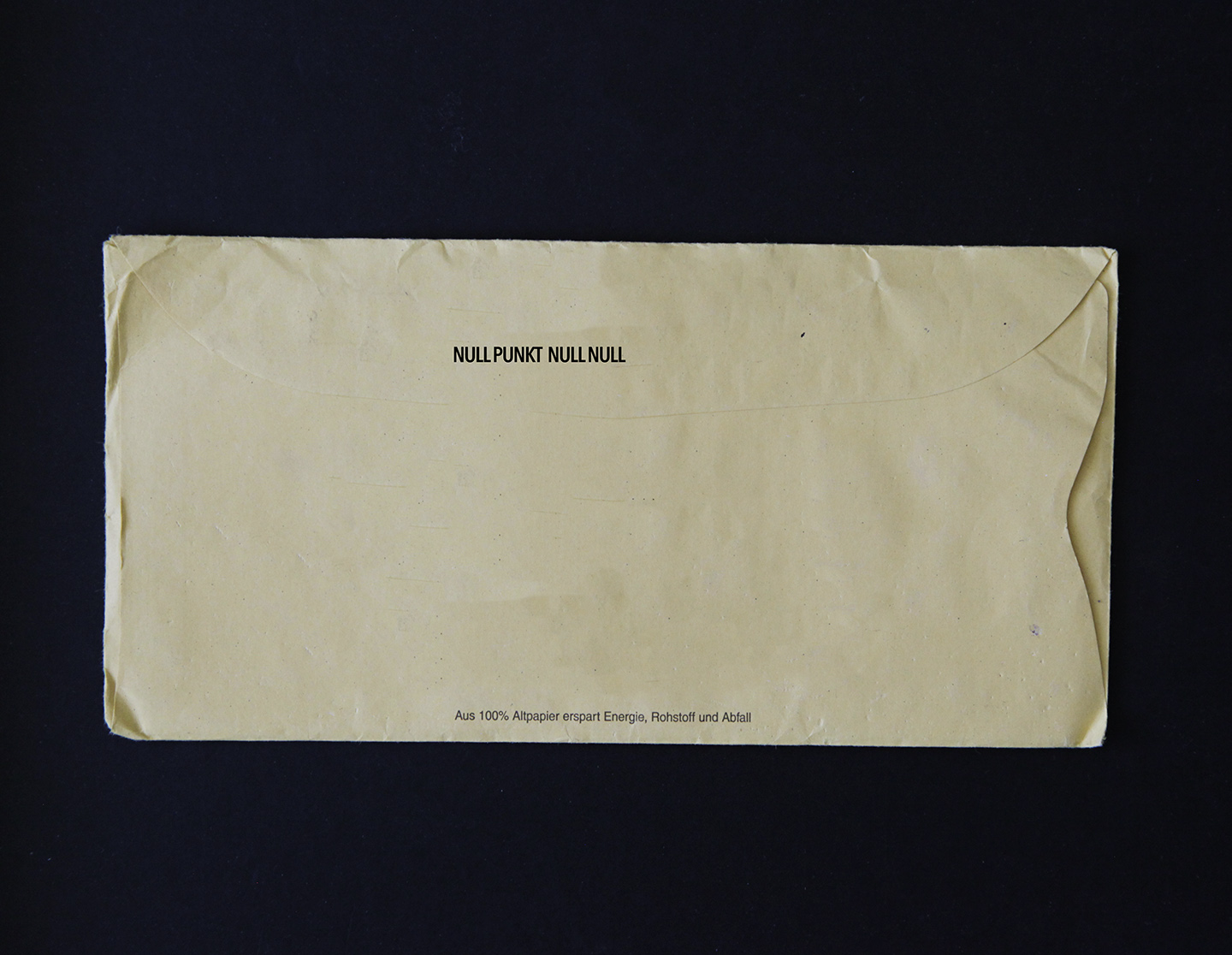 
House for the End of the World is a project space by Elana Katz in cooperation with Gallery KWADRAT, that serves as an experimental platform for artists, performers, and critical thinkers of many a kind. Its location is a place in a transitory state; an empty, un-renovated, and otherwise unused 2-room flat in Berlin Kreuzberg. Its use as a project space is temporary, and its future thereafter remains to be seen.

HEW’s activities are reactionary creative and critical experimentation, including site-specific installations, actions, and discourse — both in the context of public events and the intimacy of studio work. In the context of the current COVID-19 pandemic, HEW functions as a dystopian sanctuary created by artists in apocalyptic times.

Null Punkt Null Null, curated by Elana Katz, considers the conditions of <0.00> with primarily site-specific works that respond to the space of

HOUSE FOR THE END OF THE WORLD

Exildiscount is a composer, sound engineer, producer and DJ from Berlin. Whether it is in working alongside video artists or in compiling a techno set, Drew’s work always operates along the same tenets: exploring, challenging and recontextualising the different narratives, disciplines, identities, perspectives and discourses that inform both a work itself as much as our understanding of it. In this, he draws on his formal training as much his biography. Drew studied at Humboldt University of Berlin, majoring in Musicology and Media (Studiengang „Musik und Medien“), and minoring in Cultural Studies. He started out DJing in 2003 and now regularly plays at parties across the queer scene of Berlin, such as House of Red Doors, Gegen and as a longtime resident at SchwuZ. His work is driven by a belief in idealism rather than ideologies. https://www.mixcloud.com/drew_exildiscount/

Elana Katz is a conceptual artist working primarily in the medium of performance art. Katz’s work confronts cultural conventions, critically examines the complexity that lies within contradictions, and thus aims to create an experience of unlearning the assumed. Katz has exhibited/ performed at the Royal Museum of Fine Arts of Belgium (2011), Diehl CUBE, Berlin (2013), P.P.O.W. Gallery, New York (2013), DNA Berlin (2015), ROCKELMANN&, Berlin (2016,17,18,19), DFBRL8R Performance Art Gallery, Chicago (2019), the Museum of Sundsvall, Sweden (2019-20), and is represented by KWADRAT Berlin (2017-present). She studied in New York at the Parsons School of Design and earned a Meisterschülerin title from the Berlin University of the Arts, from Professor Katharina Sieverding. Katz has been based in Berlin since 2008. http://www.elanakatz.eu

Philip Kojo Metz is a conceptual artist working with themes related to identity, history, and the relationship of contemporary cultures towards one another. He studied photography and fine arts and earned a Diploma from the Academy of Fine Arts in Munich, in 2005. Metz has received various grants and residencies including Kunstfonds Bonn, DAAD in Brasil, Cité des Arts in Paris, and he had a fellowship at the Visiting Arts Program of the Greatmore Studios in Capetown, South Africa. Since 2011 he has been working on “Eagle Africa”, a body of work that seeks to explore German History on the African continent. The main aim of this endeavor is to bring this topic into public consciousness and to Illustrate the historical traces that might enable us to better understand the events and challenges we meet in the present and future. The most recent of this body of work is a sculpture entitled SORRYFORNOTHING, installed in the Stadtmuseum Berlin at the Humboldt Forum, Berlin. www.philipkojometz.de

Martyna Poznańska is a transdisciplinary artist working primarly with multimedia installations. Intrigued by the processes of transformation and decay she has been exploring the symbiotic relations between human and non-human beings during her fieldtrips to the ‘Puszcza Bialowieska’, last primeval forest in Europe, attending to her own body as a connective tissue from within the environment. Poznańska exhibited and performed internationally: at Akademie der Künste (DE), Aperto Raum, (DE), Konsumverein Braunschweig (DE), Unsound Festival (PL), HKAPA (HK), Dance Bridges Festival (Kolkata, IN), Art Sonje Centre (Seoul, KR) and has worked with renowned artists such as Hans Peter Kuhn, or Peter Cusack.Martyna holds a magisterium degree in Spanish Philology (JU, Krakow, 2010), she completed a Sound Art course at the University of the Arts, London and studied with prof. Hans Peter Kuhn at the Universität der Künste Berlin obtaining a Master of Arts title in 2016. Martyna lives and works in Berlin, Białystok and London. http://martynapoznanska.com

Lisa Stertz is a German artist and educator. She works in performance, sculpture, installation and video. Through her studies in media, philosophy and art she became both, a savant and a maker. Her own interest in movement-based practices led her to be a sojourner of Butoh, Noguchi-Taiso, Baguazhang, Taiji Quan, and meditation. Her approach in teaching and making is nourished by her masters in the respective fields, namely Yuko Kaseki, Mari Osanai, Yunuen Rhi, Lingji Hon, Ganga Cording, Roberto Sifuentes, Ernesto Pujol and Nikhil Chopra. She studied European Media Studies in Potsdam (MA, 2015), and under a New Artist Society Scholarship and a Fulbright Grant Fine Art Studio: Performance at the School of the Art Institute of Chicago (MFA, 2016). https://lllss.tumblr.com

Fernanda Trevellin, originally from São Paulo, Brasil, works on a symbolic and perceptual level through a collection of images and materials: earth, minerals, water, and synthetic resources. All of these components function as a secular iconography, aiming to lead one’s relationship to these cultural and/or natural elements to gain a solemn and primordial meaning. She plays with the notion of feeling her studio to be a laboratory, and an uncertainty of whether she is an artist or a scientist. Trevellin earned a Meisterschülerin title from the University of Arts Berlin, in the class of Olafur Eliasson. She was nominated for the UdK Berlin 2011 Meisterschülerpreise, and continues to work with Eliasson’s UdK-affiliated interdisciplinary project “Institut für Raumexperimente”. Her work has been exhibited at the Central Gallery of São Paulo (2013), Neue National Galerie Berlin (2014) Hamburger Bahnhof Museum of Contemporary Art, Berlin (2017), and Martin-Gropius-Bau Berlin (2018). Trevellin lives and works in Berlin. https://www.trevellin.com