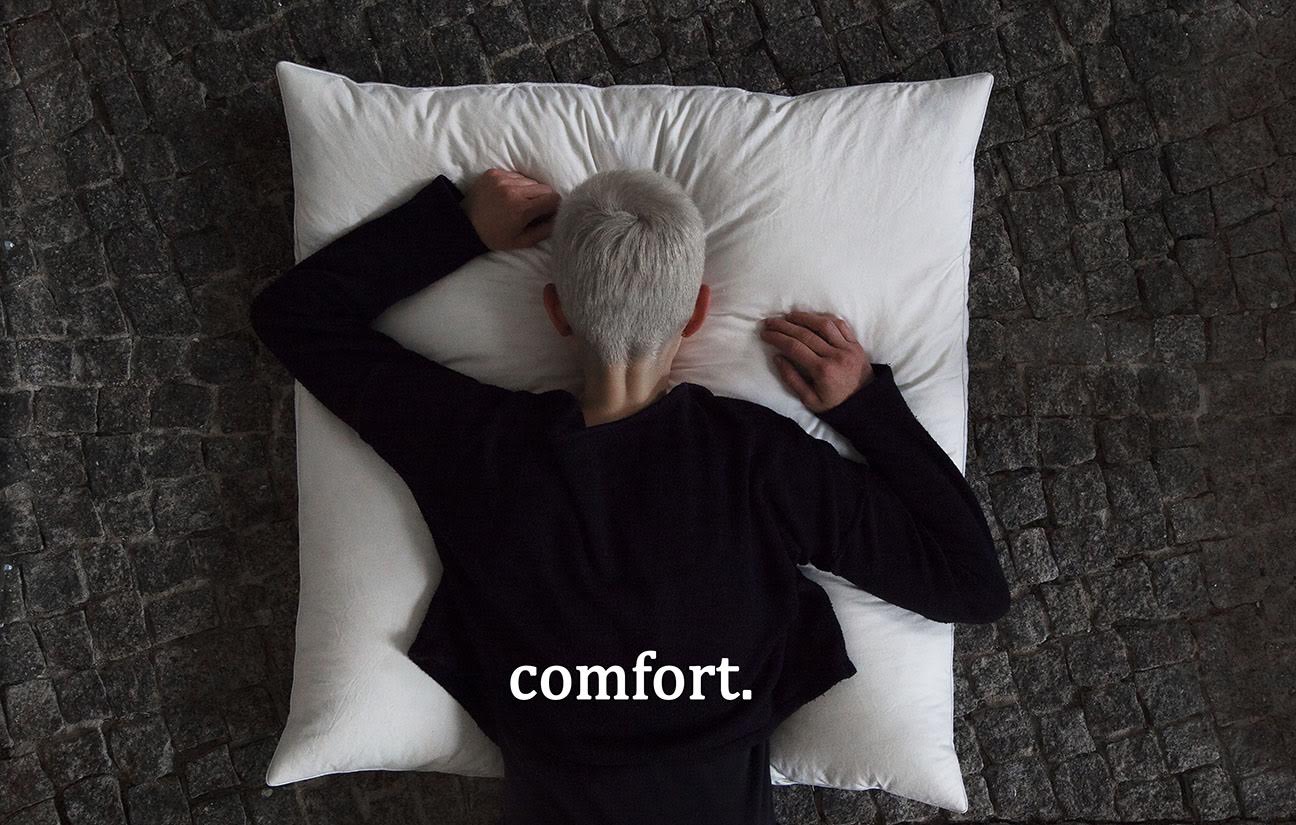 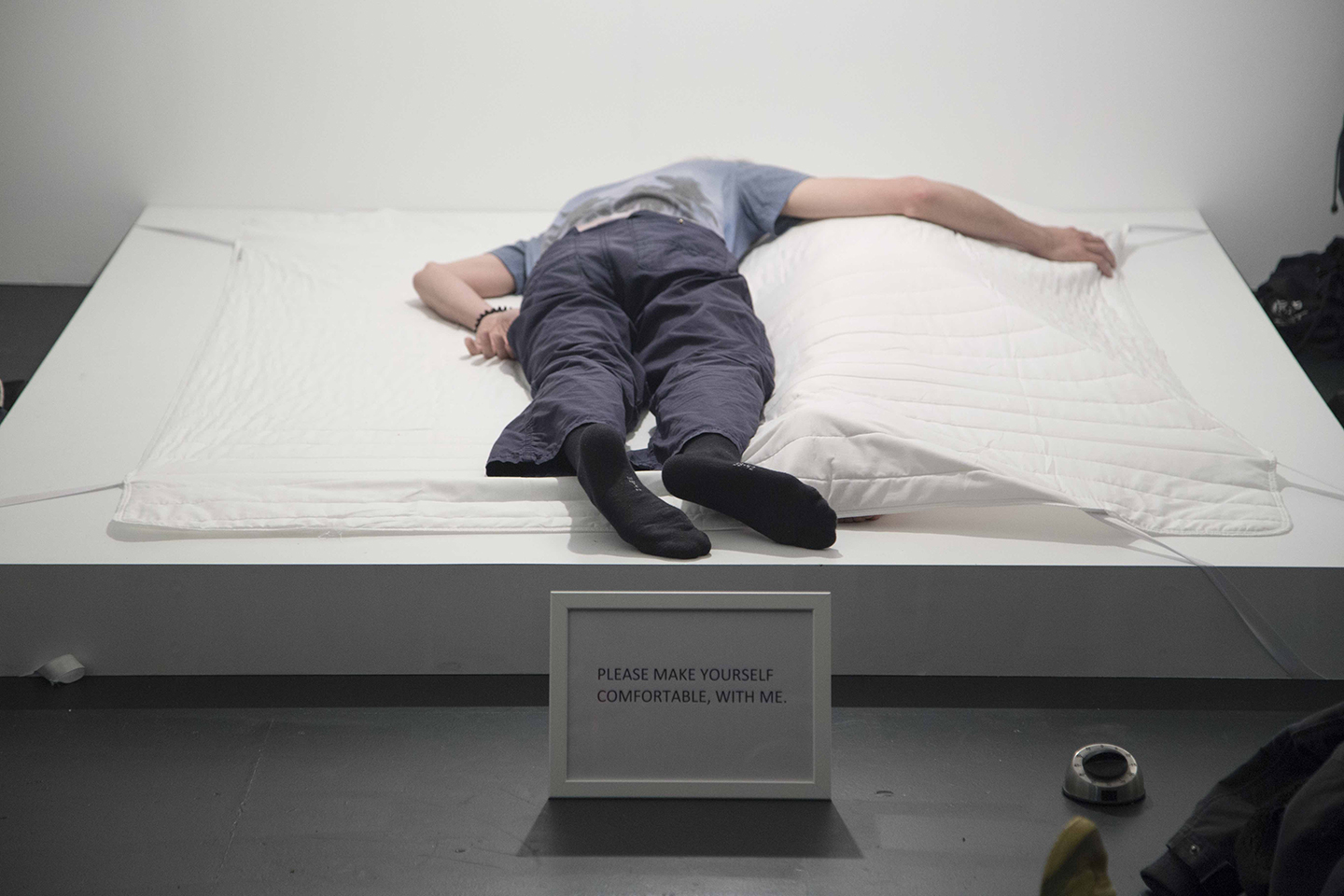 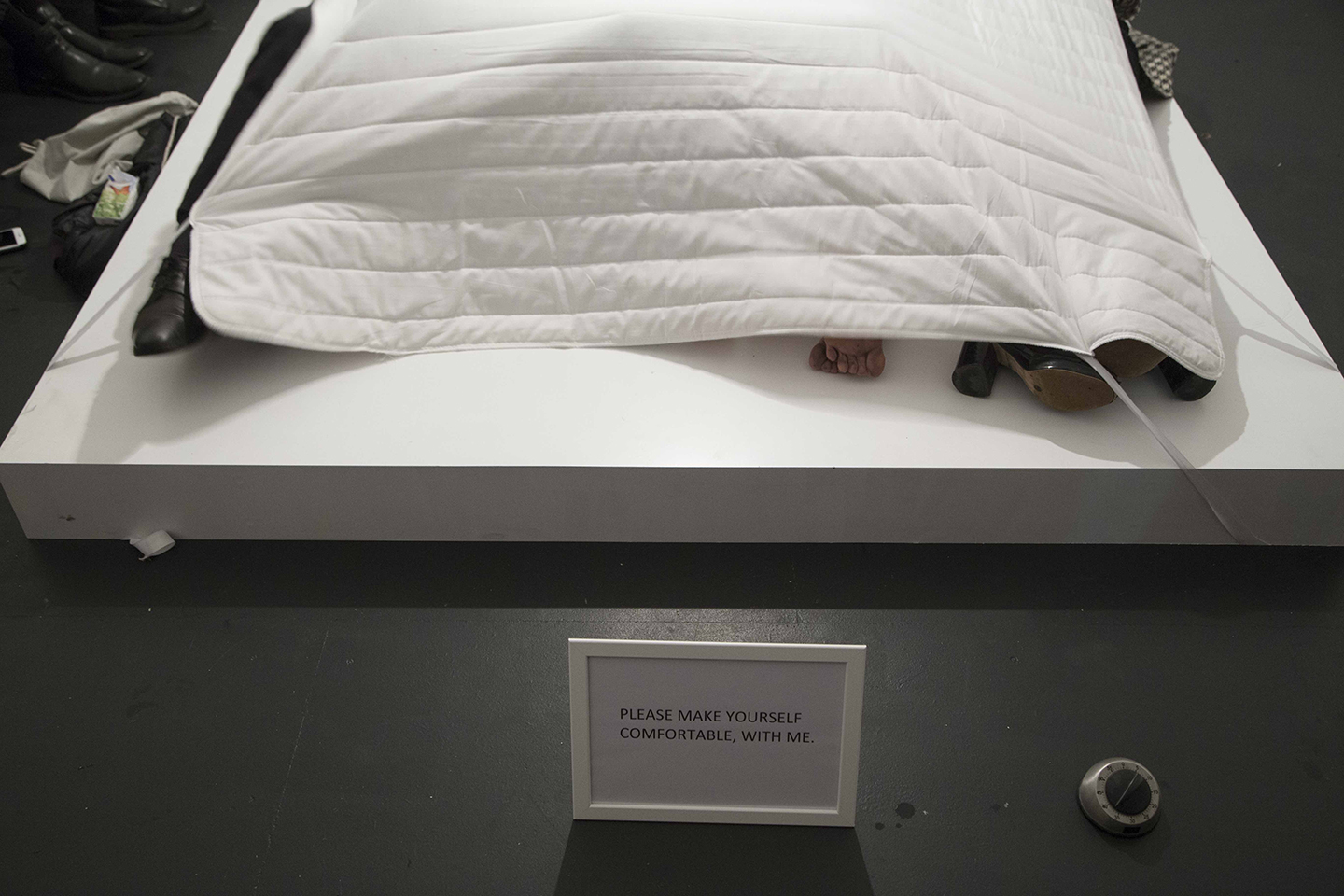 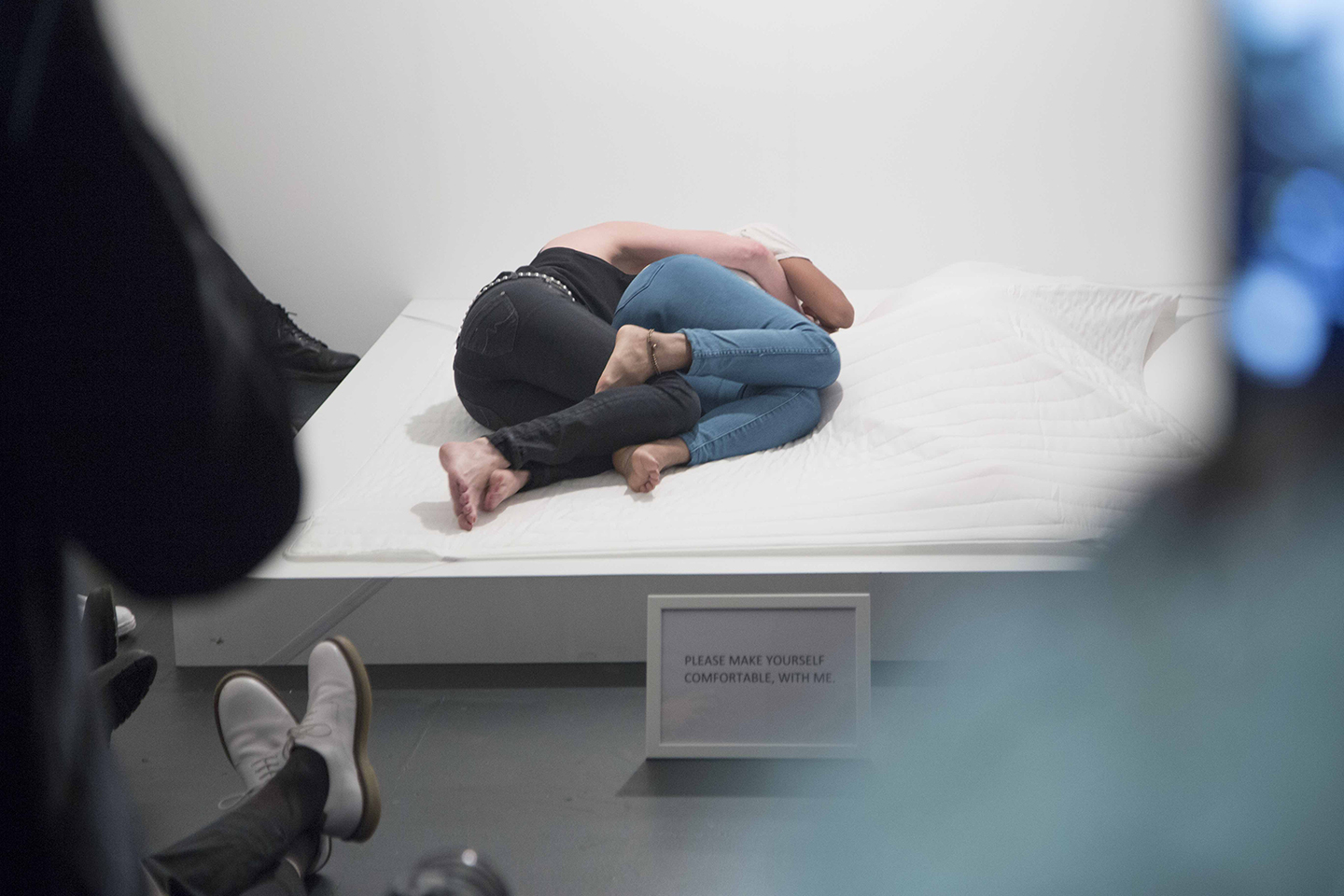 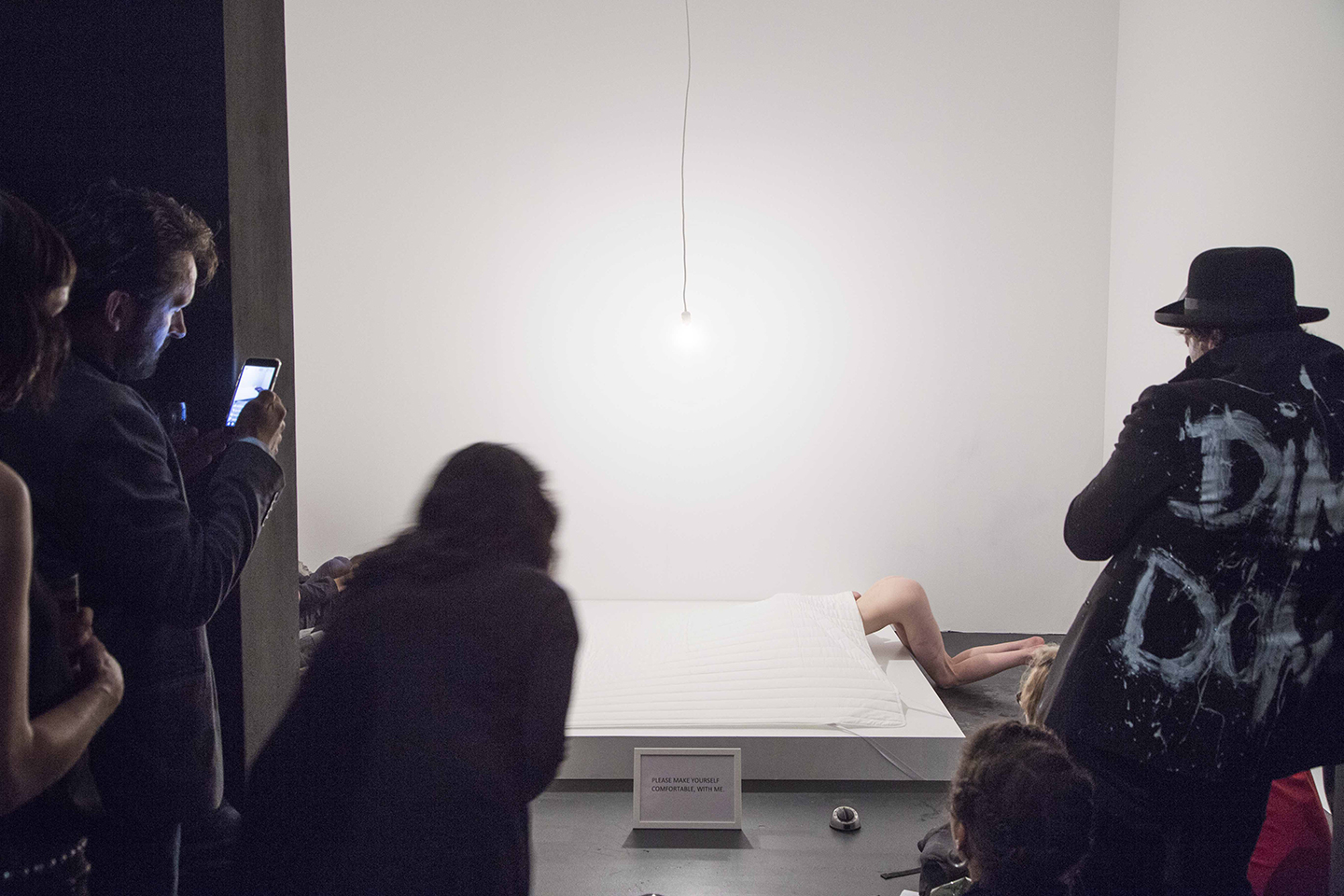 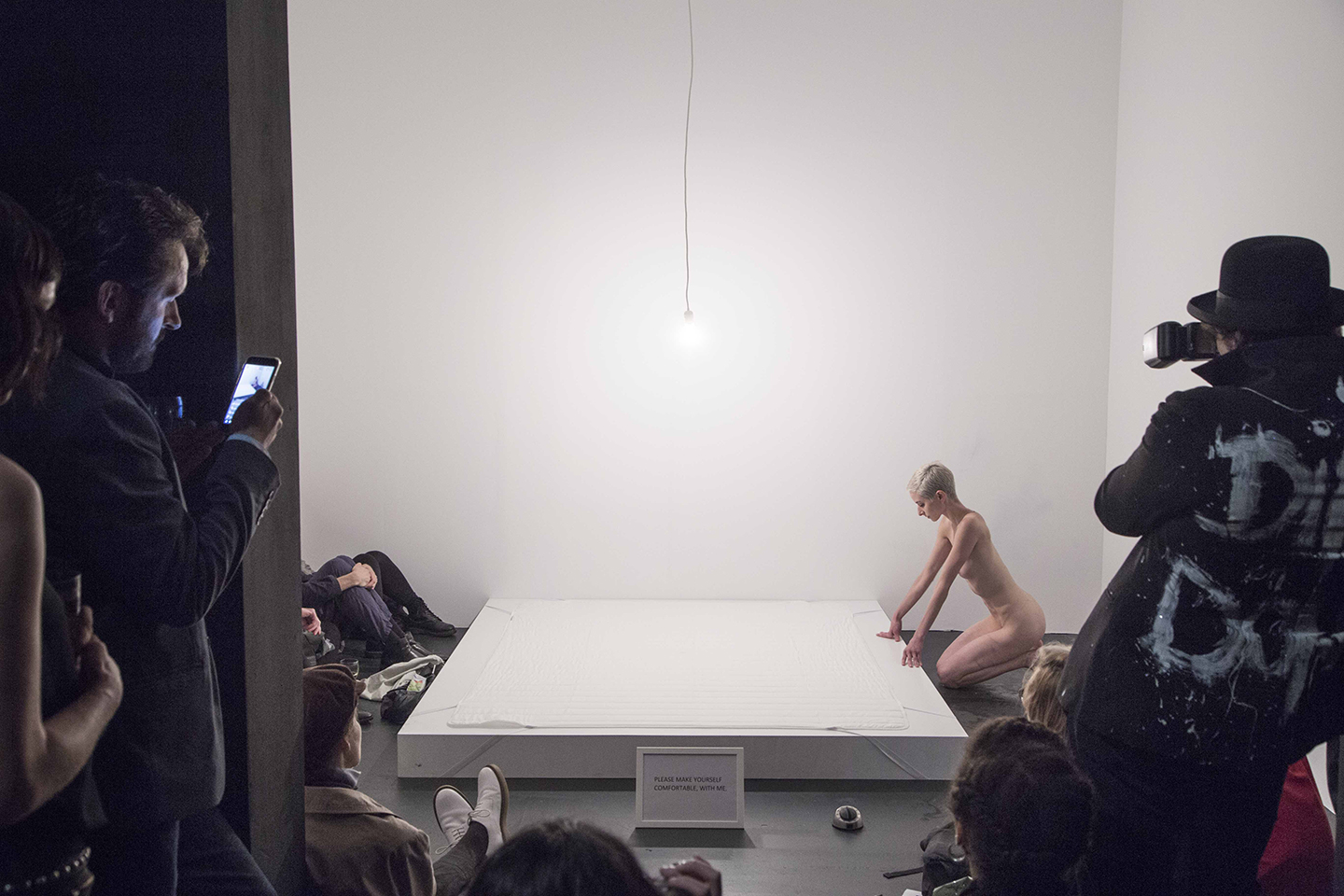 A performance reaching for, inviting, and being with the inability to achieve: comfort.

Elana Katz is a conceptual artist working primarily in the medium of performance art. Katz’s work confronts cultural conventions, critically examines the complexity that lies within contradictions, and thus aims to create an experience of unlearning the assumed. She has exhibited/ performed at the Royal Museum of Fine Arts of Belgium (2011), Diehl CUBE Berlin (2013), P.P.O.W. Gallery, New York (2013), Stacion Center for Contemporary Art, Pristina (2014), DNA Berlin (2015), ROCKELMANN&, Berlin (2016), and the IEEB7 Biennial of Bucharest (2017). She studied in New York at the Parsons School of Design and earned a Meisterschülerin title from the Berlin University of the Arts (Class of Katharina Sieverding). Katz has been based in Berlin since 2008.